‘The only cure for postmodernism is the incurable illness of romanticism’
(Introducing Postmodernism. Richard Appignanesi and Chris Garratt 2003)

In this group of paintings the physical forms, imagery and surfaces often refer to Romantic notions of the sublime. However the processes used to paint these subjects are entirely synthetic or ‘automatic’.

The paintings were made in response to the technique of Alexander Cozens (1717-86) a British landscape painter who developed a method using accidental blots and marks to generate landscape imagery (Method of Assisting the Invention in Drawing Original Compositions of Landscape 1785).

I felt that even totally mechanical paintings could still evoke a response in a viewer. (What Evelyn Waugh would call a ‘bat squeak’). For me even this residual effect is cause for optimism. (A doomed optimism of course but that is why it is Romantic).
By acknowledging the process by which this happens I could continue to make reference to romantic clichés such as landscape, moonlight or sunsets.
The highly reflective surface implicates the viewer in the recuperation of these romantic subjects.

The second aspect of this series was a desire to paint pictures that could not be simply turned into images. That is they had to be experienced as an object and would resist being photographed.
To this end I eliminated all surface ‘marks’ and attempted to make the image and surface indistinguishable.
The surface of the painting is a painting of a surface. 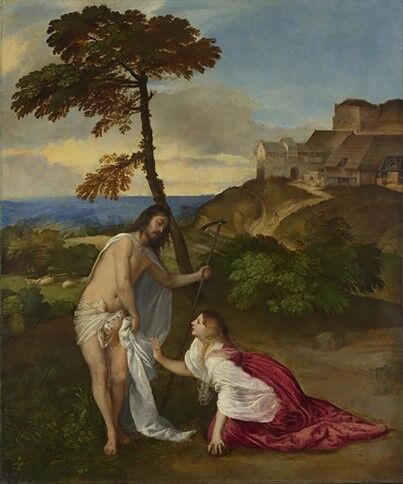