The relationship between painting and photography is a key interest for me. In this body of work I am particularly interested in the way which both processes act as form of memory. Both techniques often seek to preserve the fleeting moment. In a sense both media attempt to stop time passing, that is, to stop death.

Using ‘found’ images such as postcards, celebrity magazines and pornographic film stills, I want to use painting to transform the exploitative nature of this source material

Celebrity
These paintings are distorted versions of 'pop up' celebrity photos that are made available to us by media websites and advertising screens. I wanted to make some paintings that are about this modern form of voyeurism but I also saw these images as updated versions of Picasso's beach paintings from the 1920's and in fact updated versions of the classical theme of the birth of Venus (Botticelli, The Birth of Venus 1485, Uffizi)
The images have been distorted on 'photoshop' to undermine the idealisation of these celebrity bodies. The paintings are on plywood- vaguely referencing the beach environment. The small images are based on the idea of a 'pop up' window on a computer screen.

Death
“Photography is a kind of primitive theatre, a kind of Tableau Vivant, a figuration of the motionless and made-up face beneath which we see the dead.” *
I want the process of painting to re- imagine and re-vivify these people and situations. I want to do the impossible. I want to create an aesthetic dimension within which these commodified images can be seen anew.

Porn
These paintings came about from a number of disparate sources. The first was the film The Ice Storm (Ang Lee 1997). The film is set in the 1970’s and in part explores sexual relationships that are ‘open’ but alienated. The wood veneer supports used for these paintings are reminiscent of the films visual style - all hard surfaces, glass and reflections. The second source was a fashion shoot for Agent Provocateur underwear that was clearly based on the ‘Bacchanal’ themes often seen in the paintings of Nicolas Poussin (1594-1665). My titles (Nymph and Satyr. Et in Arcadia ego) echo this tradition, however here the nymphs and satyrs are commercial assets. Can painting restore their aesthetic status? 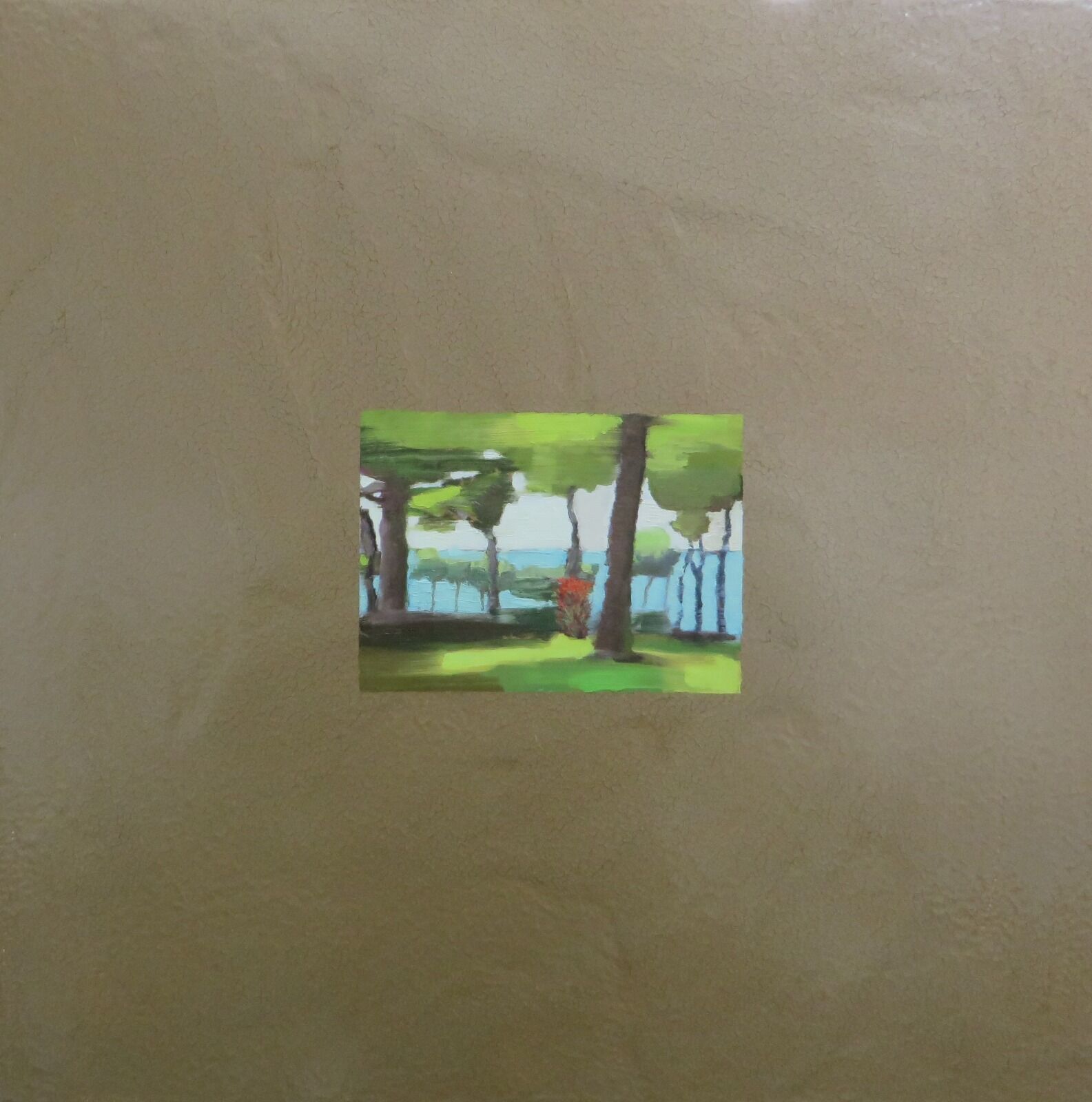