‘Only this… had the power to make me rediscover days that were long past, the Time that was Lost.’
(M. Proust. Remembrance of Things Past. Volume iii, Time Regained 1927)

In these paintings I wanted to make fleeting memories visually concrete rather than vague or misty. I wanted formal clarity combined with poetic suggestion.
I became fascinated by the challenge of painting real objects against very flat backgrounds. I am very interested in the way space is constructed within paintings. The backgrounds are actually flat surfaces (ceramic tiles, marble etc) so although they are painted in a representational manner they indicate or re-enforce the real flatness of the support.

The backgrounds are often quoted from specific locations (The Philharmonic Pub - Sienna Cathedral, a Sayers Cafe) The objects are all items that I would use or see everyday. They all have the power to invoke the type of memory described by Proust in Remembrance of Things Past. Each of the objects or surfaces could create involuntary memories, smells and sounds that have an intensity lacking in memories recollected by effort.

Some of these paintings left behind the personal associations in favour of city spaces and surfaces. I was very interested in the way surfaces are 'coded' or themed, for example in pubs, banks and restaurants. I was also interested in working on shaped supports so that the paintings operated as objects themselves.
All representations are of course coded. The oval table-top paintings make an indirect reference to the ‘synthetic cubist’ still lives produced by Picasso and Braque 1911-1914. However the actual forms of representation, the depiction of actual objects and the handling of the paint makes further reference to a range of codes derived from commercial packaging, pop art and fine art sources. During this period I had a studio in Liverpool city centre and would often take tea breaks in a variety of cafés. As I sat thinking about my surroundings particular artists would come to mind and these are the references I would include in the manufacture of the paintings 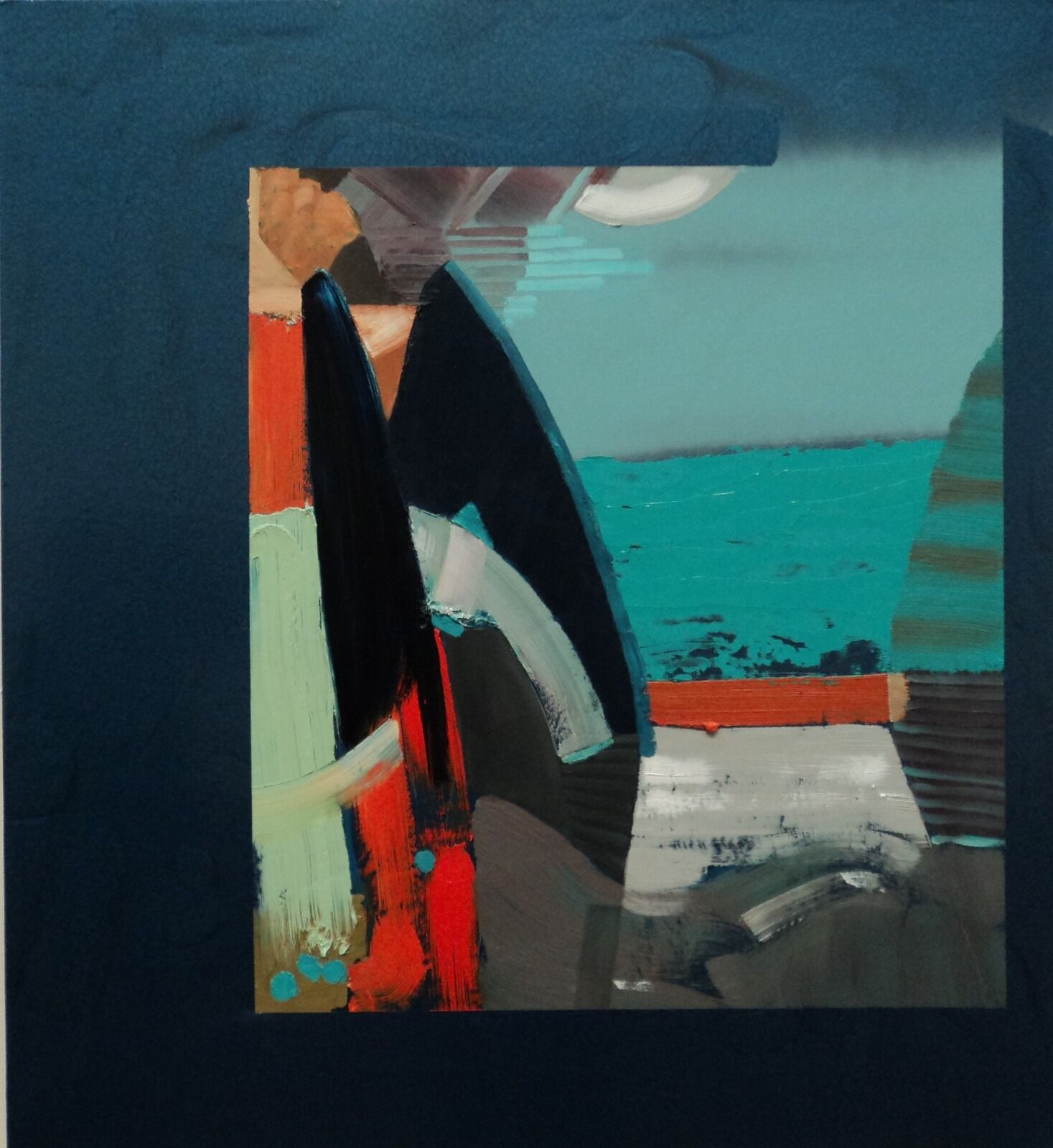